25 years ago I decided to become a full-time creative artist. I didn’t want to engage in any other money-making profession that would keep my time and energies from painting. I became an exhibiting artist immediately after graduation, and by mid-1990s succeeded in finding my own individual way of painting largely independently of any artistic groups or schools of the time. I wanted to keep distance from fluctuations of fashion and any “up-to-date” requirements concerning the way or the object of painting.

Of course, my work has its sources and antecedents. Most importantly, as noticed by my critics and art historians as well, it is related to the geometrical, constructivist and anti-mainstream tendencies of the 1920s. The great Hungarian constructivist László Moholy-Nagy was of formative importance to me. I studied his photograms and photographs, and later, his pictures. Other masters of the twentieth century art have impressed me, as well, among them Lajos Kassák, an emblematic figure of the Hungarian avant-garde, the German artists Anselm Kiefer and Joseph Beuys. Gerhard Richter played an important part in finding new possibilities in working with photography.

Soon, I have also found the techniques and the forms that came up to my ideas. Following a lot of experiments(including, among others, preparation of a grandiose spatial painting on the first floor of the Ludwig Museum in Budapest in 1993; repainting local postcards in a relatively large space, occasioned by a residency in Frankfurt in the same year; as well as transformation of maps) I chose to re-interpret, in some way, the classical traditions of painting with oil. I mounted my (self-made) black-and-white photos (blown-up in the traditional way) on canvas, took them further in paint, and then went on to create mostly large painting-installations from them, at times consisting of over a dozen small-sized pieces.

For about twenty years, I have consistently worked using those techniques and formal elements, even if with consecutive changes in the world, in themes, motifs, and artistic ideas I had to develop and extend them.

In 1997, I was selected – with two fellow-artists, Roza El-Hassan and Judit Hersko – to exhibit my works at the Hungarian Pavilion of the XLVII International Biennale of the Visual Arts in Venice. I put four installations on view each consisting of 14-18 pieces. Besides that, I painted a monumental (450x350cm) mural painting titled “Venice Veil” that was situated over the entrance of the pavilion, and it successfully draw the viewer into the pavilion before the decision to enter had been made.

By now, I have had more than 30 solo exhibitions in Hungary and around Europe: in Germany, Switzerland, the United Kingdom, Russia, etc. In addition, I participated in about the same number of group shows and exhibitions in my country and internationally. My work was shown at international exhibitions staging comprehensive overviews of contemporary Hungarian and Central European art, such as Hungarian Avant-garde in the 20th Century (1998, Linz, Austria), Aspects/Positions 50 Years of Art in Central Europe (1999 and 2000, Vienna and Budapest), Lost and Found – Hungary in the Mirror of Its Contemporary Art (2006–2007, Baden-Baden, Germany). Some of my pictures were shown in the United States, as well. In 2002-2004 I took part at a collective exhibition tour called The View from Here. Recent Pictures from Central Europe and the American Midwest at sites involving, in addition to Budapest and Prague, Columbus, Ohio, Cleveland, Ohio, Minneapolis, Minnesota, and Erie, Pennsylvania.

I am especially proud of the representative individual exhibition of my works entitled Still Life (the common title of most of my pictures and installations before and after that exhibition) in the Ludwig Museum Budapest – Museum of Contemporary Art in 2001. The exhibition summarized my many-years-long endeavors at depicting views of cities.

For some time in the early 2000s, I delved into the theme of “shop-windows” (shop-windows being an absolutely commonplace phenomena of everyday urban life) as the divergent culture of shop-windows in different big cities had excited me. I then turned to some more complex artistic, cultural and social problems.

The next series was “In and out” (2005-2006). The title refers to those works of mine, in which interiors, architectonic elements, and details of natural environment are integrated into one picture. I realized that not only pictures-installations, but also “pictures within pictures” could express my artistic ideas.

Later on, a large part of my work was devoted to three sites: Berlin, Budapest and Moscow. After 2005 (when I spent 6 months in Berlin thanks to the Swiss Landis&Gyr Foundation), motives, spirits and experiences of those cities have been the center-point of my artistic works – and of my exhibitions. Two shows (in Budapest in 2007 and in Moscow in 2008) were specifically devoted to a kind of comparative presentation of my impressions (perceptions) of those three big cities. 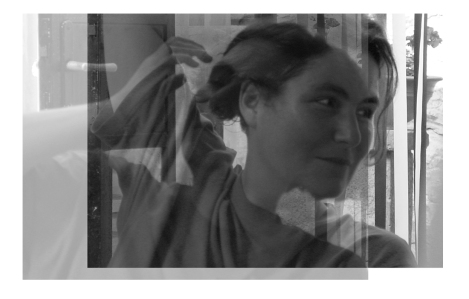 Lately, my subjects and methods of work, as well as materials have partially changed – to a large part, probably due to the changes in the society, economic and political crisis, the growing difficulties in the artistic life, the perception of the need for more cooperation among artists. While continuing to work on individual projects – paintings and painting-installations – I have frequently been working together with fellow-artists – we are trying to open a bit the locked world of our studios, and reduce the communication deficits among ourselves. A most important collaborative project called “Common things” was initiated by some colleagues and myself and planned for the Venice Biennale in 2011 but not realized. However, “Common things” has become an orientation point in my work. For my personal work, as well, I discovered a new symbolic motive: beehive. The motive is to express both the mutual dependence of the members of the society on each other, and their common thirst for the yet missing, however strongly needed cooperation. Beehive motive is the basis of many of my works in recent years which were exhibited in some galleries in Budapest.

In 2009, I started cooperating with Andrea Sztojánovits, an intermedia artist engaged in improvisative audiovisual performances, prevalently called VJ (Video Performer). The collaboration is based on the finding that computer-based animation (movements, light, sound—i.e., music and text) projected on the oil/canvas/photo paintings (painting-installations) connects genres emphasising both the prosaic and the poetic world of constructivism. Animation produces a symbiosis between those kinds of art.

As a result of the shared creative process, separate painting-installations are coming into existence. Some of the recent works were exhibited from December 2013 at my third personal exhibition in the Ludwig Museum Budapest – Museum of Contemporary Art (this time with Andrea Sztojánovits) called “Monochrome Clack”. In 2014, a gallery in Budapest exhibited “Oscillations” – another pieces resulting from our artistic cooperation.