“PRESENTING THE PICTURE: A FEW NOTES ON ÉVA KÖVES’S WORKS

Éva Köves has created an extremely complex and rich painterly system: a carefully devised construct, which has elaborately been thought through right down to the smallest details. Painterly system: apparently, these two notions have shifted sufficiently far away from each other, probably precisely on account of the emerging polarity evidenced in twentieth-century art; however, Éva Köves has managed to re-connect them once again. In her art both notions are present with equal weight and in a dialectic harmony. Painterly is the pure, comprehensive and transparent visual world that she has created, as it is precisely the possibilities of the creation of par excellence painterly forms that provide the final structures, in which the visual system is differentiated by the dynamics of the surface: thick and massive paint layers versus thin and transparent ones. She thinks in a system, in which the various visual situations provide the consistent, logical and analytical survey of the relations between objects and space, light and shadow, two-dimensionality (linearity) and three-dimensionality (depth). When placed side by side, these paintings, which are linked to one another and form an organic unit, which reflect on each other’s formal system and apparently continue one another, yet each of which displays a remarkable autonomy, reveal a picture architecture constructed on the basis of a particular visual dramaturgy, in which the arbitrary elements and the associative painterly improvisations seem to work subordinated to the fundamental system. Yet, instead of being closed and dogmatic, this systematicness is open in the direction of all kinds of painterly improvisations and spontaneity and of all forms of painterly self-reflection.” – Lóránd Hegyi

“THE SEA, THE BUILDING, THE SHADOW

If we were to make an attempt to summarise Éva Köves’s artistic programme, then we would have an easy task, as far as the formal aspects of her art are concerned. Most of the time she agglutinates black-and-white photographs on a larger canvas, then paints the resulting surface in such a way that the photographs and the painting fade into one another. She never tries to conceal the dividing line between the two different genres, or to produce the illusion of their unity: in numerous cases, the more observant viewers are able to determine the size of the photographs used, Yet, what we witness here is not the application of the familiar device of picture-in-a-picture, as the inside picture (i.e. the photo) does not form a separate representational unit from the viewpoint of the final image (i.e. the painting). Regardless of all this, a certain homogenising effect is achieved within the pictures by the overpaint, generally attributed to the photographs, most notably the black-and-white photographs. Köves’s paintings provide, therefore, further illustrations of the – far from problem-free – relationship between the two media.” – Katalin Tímár

Read the full text here: Katalin Tímár: THE SEA, THE BUILDING, THE SHADOW 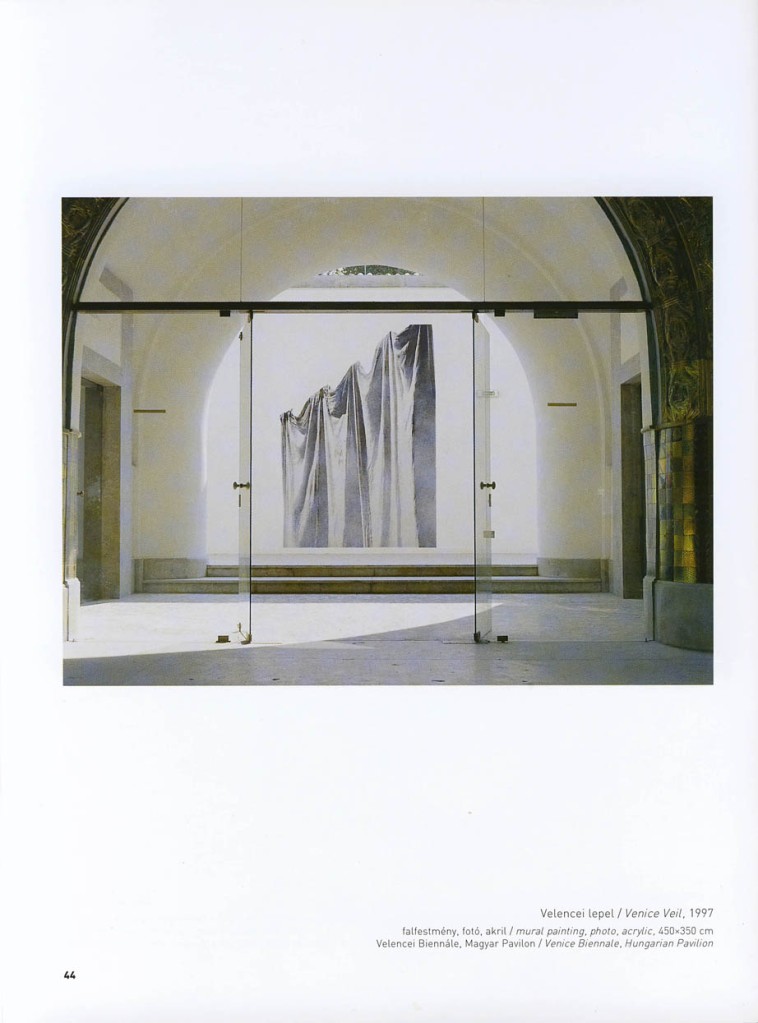